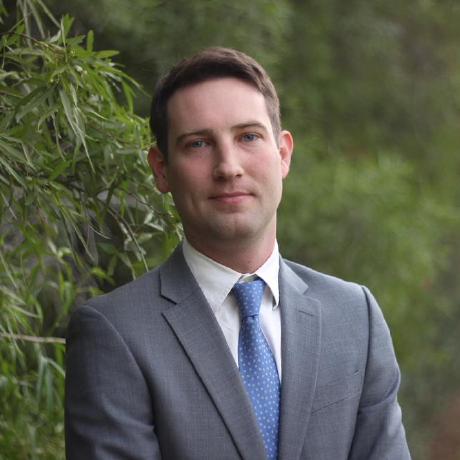 Abstract: Using a difference-in-difference framework, I show that California households exposed to a severe heat wave are differentially more likely to adopt central air conditioning units than those less exposed, controlling for historical climate. Using these “induced adopters” to predict take-up, I show that induced adopters have a significant increase in their summer energy demand 3 years following the heat wave, with insignificant effects on their winter electricity demand. In addition, I present a theoretical framework where household belief-updating about the climate rationalizes household learning about the climate that cannot be explained by myopia or alternative channels.

Abstract: We study the direct impacts that long-run experiences of climate change have on individual risk preferences. Using panel surveys from Indonesia and Mexico (total N = 25,000), we link within-person changes in elicited risk preferences to state-level, lifetime experiences of climate change. In line with the predictions of a Bayesian model of learning over background climate risk, we find that in both settings, increases in the experienced means of temperature and precipitation cause significant decreases in measured risk aversion, while increases in the experienced variance of temperature in Indonesia and the variance of precipitation in Mexico lead to significant increases in measured risk aversion. We replicate this analysis globally using a survey with a representative sample from 75 countries (N = 75,000) containing an elicited measure of risk preference which we link to country-level, lifetime climate experiences. We find significant results for both the means and variances of both climate variables that are consistent with our panel analyses. Across all settings, experiences of climate variance have first-order effects, with coefficient magnitudes of the standard deviation of climate 0.6-2.6 times that of the climate mean. We develop a novel method for estimating the welfare effects of observed risk preference changes using panel data, and find that the climate-induced changes in risk preferences we observe increased welfare in both Indonesia and Mexico by approximately 1%.

“Inundated by Change: The Effects of Land Use on Flood Damages”

Abstract: Proper land-use policy can help mitigate damages from natural disasters. Management of such policy occurs at different geographic levels, with potential implications for optimal management given the level of aggregation. This study examines this by quantifying the effects of land-use change on flood damages in the state of Texas. I link claims data from the National Flood Insurance Program to a series of land-use changes to construct a tract-by-month panel, and use exogenous variation in precipitation across tract-months to estimate the effect of changes in land use on the frequency and magnitude of new flood insurance claims. I find that increases in impervious surface development within a tract increase flood insurance claims, while increases in water coverage and other natural covers decrease these claims. In addition, using variation in tract-level elevation, I show that land-use change in neighboring geographies—particularly those uphill—affects own-tract flood insurance claims. Overall, these results suggest existence of spatial spillovers from land-use changes within a geography, and imply returns to coordination in land-use policy across geographies.

Abstract: Since testing began in 1999, scientists at the CDC administering the National Health and Nutrition Examination Survey have found detectable levels of four different species of Per- and polyfluoroalkyl substances (PFAS) in the blood of almost every individual tested. With the ubiquity of these contaminants, strikingly little is known about the effects of their presence in the environment on human health. This paper works to fill this void. In this version of the project, we use aggregate level natality data from the state of New York, coupled with hydrological data from the United States Geological Survey, to estimate the causal impact of maternal exposure to PFAS on gestation, birthweight, and neonatal deaths. We find that zip codes whose (population-weighted) centroid lies at a lower groundwater table elevation than a nearby contaminated site have significantly higher proportions of both premature and low birthweight births than zipcodes at similar distances from a contaminated site but whose centroids lie at a higher groundwater table elevation. We also find suggestive evidence that this relationship holds true for the proportion of neonatal deaths in a zipcode. We find that the effect on premature births is increasing in the contamination level at the site. Further, we find suggestive evidence that these effects are both increasing in the density of private wells in the zipcode and decreasing in the distance from the contaminated site. Given that treatment is estimated to have caused an additional 1,350 premature births, a back-of-the-envelope calculation gives an estimated societal cost for the effect on premature births of $107 million for the time period (2010-2018) and location (Upstate New York) studied. We are currently in the process of obtaining micro-level natality data from California to expand on these results.

“Directed technical change in energy and choice of market policy”

AC work highlighted in The Conversation

In a joint collaboration between Carbon Mapper and the University of Arizona Institute for Resilient Environments & Societies (AIRES), we have made publicly available data on methane plumes from Carbon Mapper’s remote-sensing flyovers linked to tract-level Census demographics. With this, individuals can explore how these plumes co-vary with demographics in California (coverage across the Permian Basin and the southeast United States coming soon). Researchers are able to download the full underlying data, with plume coverage updating on a regular basis as new data are collected. 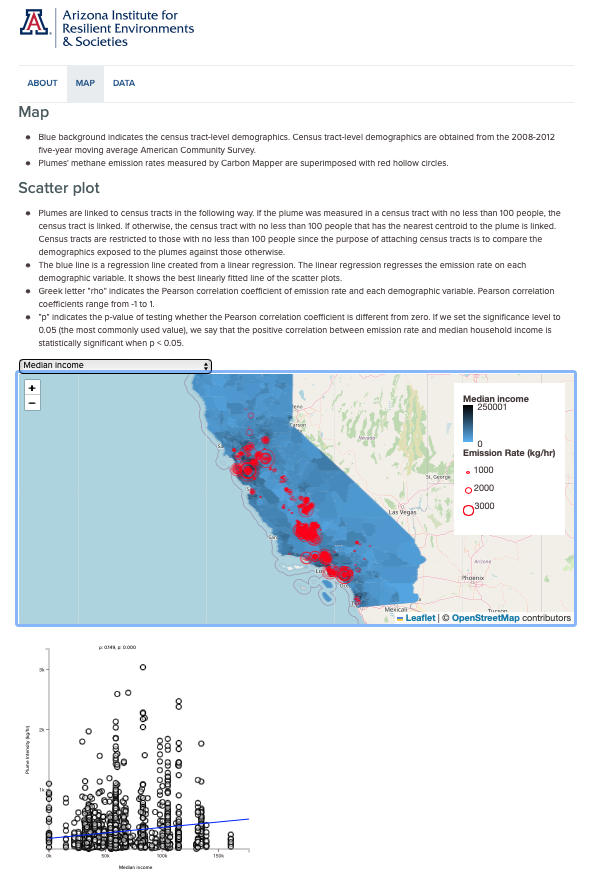